I met Bob Olson in the shade of two ficus trees he had insisted on preserving when he developed his new luxury hotel in Newport Beach, California, Lido House, which opened in 2018 as part of the Marriott Autograph Collection. Olson is the unswervingly successful builder of over 100 hotels and 300 restaurants as well as various multi-unit and affordable housing projects, via his R. D. Olson Construction, and the developer/owner of a dozen high-performing hotels via his similarly named R. D. Olson Development (which, unlike his construction company, concentrates on siting and building properties that they intends to hold onto and actively manage).

In a typical year, R. D. Olson Construction brings in around $250 million; R. D. Olson Development brings in $150 million, and has put into service an average of $125 million worth of new hotels for each of the last five years. [Numbers are self-reported.]

Olson, a single father with four kids and one grandson (“so far!”), has the kind of relaxed demeanor and beachy good looks that belie what must be, even in normal times, a high-headache job. “And high-heartache, this past year, with the layoffs we were forced to do,” some of which they were able to undo once the PPP funds from the federal Cares Act came through. (This candor was typical of Olson; unlike the typical PR-obsessed, whitewashing-prone CEO, Olson seemed just as comfortable regaling me with stories of business stumbles that he’d learned from in the past as he did recounting his long string of successes.) 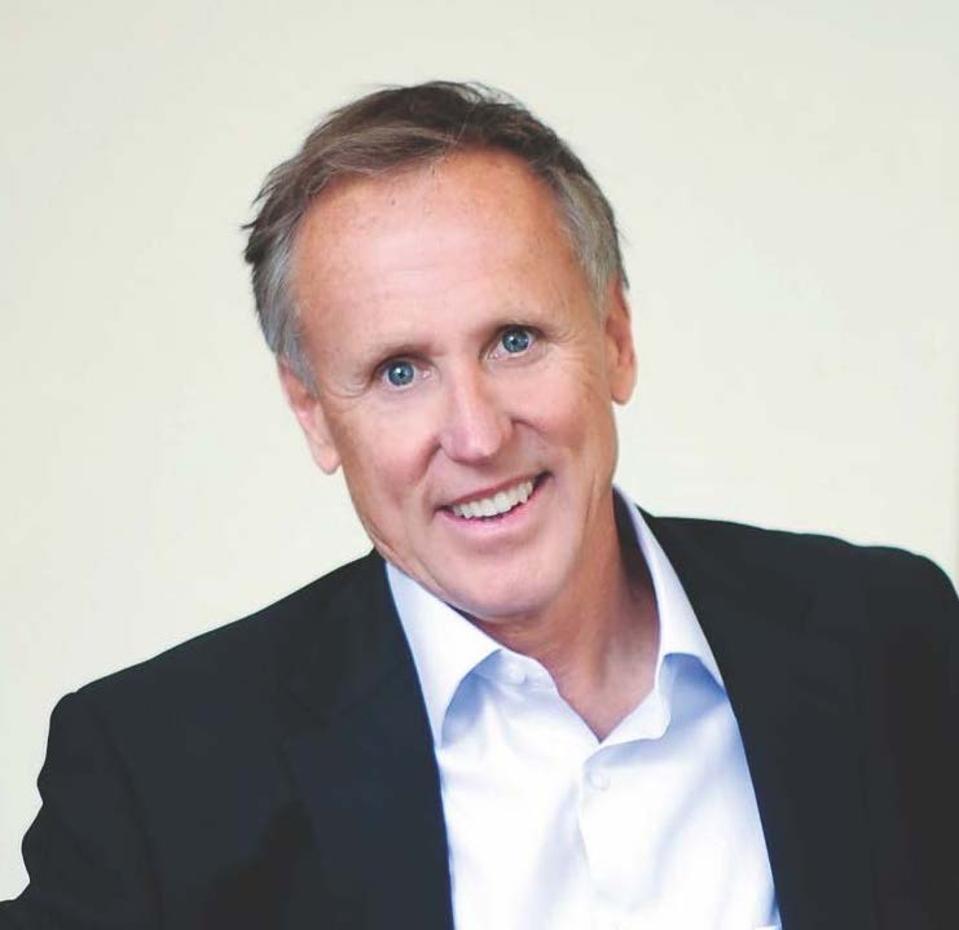 At 16, a natural with a hammer

By the time Olson was 16 he could build pretty much anything, up to and including cabinetmaker-level carpentry. Hoping to go to college to study architecture, he learned that his working-class family couldn’t afford the tuition and fees, and he instead joined the carpenters union and went to work for a builder who specialized in room-remodeling projects.

(Nearly two decades later, he approached USC with his portfolio of successful real-world projects, and they agreed to overlook his lack of undergraduate work and take him in their MBA program. During this time, “I drove my staff a bit batty: I’d learn something new in class and come back to the office to try it so many times that my employees became apprehensive: ‘What is Bob going to make us try now?’”)

Then, when Olson was 23, “I didn’t know any better, so I started a construction company, putting half-page ads in the local real estate rags: ‘Why move when you can improve?’ It went pretty well most of the time, though I made some colorful mistakes,” including (and this is an error that only seems reasonable in Southern California), being overly optimistic about the weather and failing to tarp-over an open roof for one of his earliest clients’ home; the unexpected rain proved “biblical, at least as I remember it now.”

A life-changing call from Sonny Bono

In spite of a string of successful projects and happy clients in the home-renovation business (even that poor rained-on family proved happy in the end), Olson realized that this residential work, although enjoyable, wasn’t paying all that well, and he started to wonder what more his skill set could allow him to achieve.

Then, one day in 1981 (in the kind of plot twist that only happens in Southern California), Olson got a call from Sonny Bono, the singer, actor, and soon-to-be congressman, who wanted to know if Olson would build the first Bono’s restaurant, in West Hollywood. Not only did Olson take him up on the offer and end up building multiple restaurants for him over the years, up until his death in 1998, but, Olson smiles, “I was able to learn a lot at Sonny’s expense–nothing too catastrophic; all good life lessons.” (He went on to confess to a sewer pipe error he made in the course of building the first of Bono’s restaurants; I’ll spare you, gentle readers, the pungent details.)

The early non-Bono restaurants that signed up to work with Olson were all independent operators, and often had a tenuous grasp of the economics of this tricky line of business, “It was always scary whether we would get that final payment; if we didn’t, we’d end up losing money on the job after all that work, and all those subs [subcontractors] we’d already paid.”

I wondered, though, “But then, at least, you’d own a piece of the restaurant?” Nah, says Olson; “If that was the situation, it meant it wasn’t a viable restaurant. You wouldn’t want any part of it.”

Learning his lesson here more than once, Olson made a point of finding work with more stable, better financed restaurateurs, going on to build 15 Morton’s Steakhouses, 55 California Pizza Kitchens, various Darden brands like Red Lobster, and more, before getting his feet wet in yet another new line of building: hotel construction, starting with a Hyatt remodel in 1987.

This new line of endeavor treated Olson well until the catastrophic industry collapse that followed 9/11. With travel at a standstill, “I was wondering why I had strayed into hotel ownership and not just stayed with what I knew, construction, until Mr. Marriott came to visit.”

This visit from Bill Marriott, Sr. in early 2002, only a few months after 9/11, was just what was needed to bring Olson’s spirits. The visit–Mr. Marriott had read about Olson’s design and construction of an innovative Marriott Residence Inn and was there to check it out–was inspirational, “particularly in watching Mr. Marriott speaking so thoughtfully and encouragingly to housekeepers and other employees, all of whom had to be feeling as nervous as I was up until that moment, and in sensing his unflagging faith in the ultimate success of our sector.”

It was also the start of what has become a great partnership. Olson’s construction company has built 50 hotels for Marriott since then and been crowned Marriott International Developer of the Year twice in the last five years.

As if to confirm the “partnership” nature of the arrangement with Marriott, Adam Beer, the GM of Lido House, came to join us, just as Olson was telling this part of his story. Beer, a Cornell- and Michigan-educated hospitality professional, works for Marriott’s Autograph Collection, which manages destination luxury properties in multiple markets, including Lido House, where Beer has been GM since day one.

“This is a special place in every conceivable way,” says Beer. Bob’s ethos of ‘a sense of place’ pairs so well with the Autograph Collection’s mantra of ‘exactly like nothing else.’ So while Marriott allows me to manage the property with an obsession for local authenticity, Bob’s work does the same: every girder and brick, as well as every finishing detail was put in with the understanding that the last thing that either of our companies would want is a cookie-cutter approach.”

Olson’s “calling it like it is” candor didn’t keep him from ending on a high note when it came to the future. Although Covid’s effect on travel has been “worse than 9/11 and the sub-prime mortgage crisis combined,” says Olson, “I’m expecting–and it can’t be too far off–an absolute boom in leisure travel, events, groups, and business travel. I know as a businessperson myself, I’m hungry: I’m hungry to have dinner with my clients in far-flung cities; Zoom only goes so far.”

Olson’s daughter asked him a question at dinner last night, he says, that may be key: “‘Dad, what happened after the Spanish flu went away?’ And from my reading of history, the answer is, the Roaring Twenties! Maybe we’re in for a second Roaring Twenties in our era as well.”